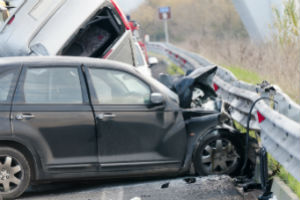 The National Safety Council (NSC) has released preliminary data that shows the number of fatal traffic accidents increased in 2016 to the highest amount since 2007.

The 14 percent spike between 2014 and 2016 is the largest in more than five decades, with 1964 being the last year to experience such a high increase.

In addition to the high number of fatalities, the NSC estimates that 4.6 million motorists and pedestrians were seriously injured in traffic accidents during 2016.

The resulting property damage, medical expenses, employer expenses, lost wages and productivity, and administrative expenses amounted to approximately $4.32 billion in costs to society. That takes a toll on individuals involved in these accidents, which is when an auto accident attorney in Tulsa could be of good use.

While the consensus among traffic safety advocates tends to associate the cause of increasing traffic fatalities with recent economic improvements that enabled more people to drive, the NSC also believes that drivers’ risky behavior behind the wheel also contributed to the 2016 fatality numbers.

The NSC conducted a survey of 2,000 drivers who were 21-years or older and drove at least 15 minutes on a typical weekday. While 83 percent of participants felt that driving is a safety concern, many admitted to engaging in unsafe driving behaviors, such as speeding, texting, and driving under the influence of drugs or alcohol.

A solution that many traffic safety advocates are turning to is utilizing new auto technology to improve roadway safety.

Auto industry executives from Volvo and General Motors, as well as the ride service Lyft, have testified before Congress that deploying autonomous vehicles could reduce the number of traffic accidents that result in severe injuries or fatalities.

If you lost a loved one in a fatal auto accident caused by a negligent driver, you may be entitled compensation for funeral expenses, medical bills, and pain and suffering. The Edwards Law Firm’s auto accident attorneys in Tulsa will pursue your claim and work to maximize the compensation you deserve. Do not hesitate to contact our attorneys to schedule a free, no obligation review of your case. We work on a contingency fee basis, which means we will not charge you any fees unless we recover damages for your claim. Contact us today.