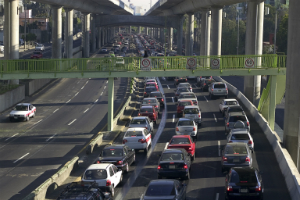 Anthony Foxx, the U.S. Transportation Secretary, stated that the spike in 2015 highway deaths was a wakeup call for the U.S. Department of Transportation to do more to improve traffic safety, especially involving human factors.

In previous years, a steady decrease in traffic fatalities had been the result of safety improvements on roadways by the U.S. Department of Transportation. Reports show that traffic deaths decreased by 22 percent, between 2000-2014.

But in 2015, traffic deaths showed a 9.3 percent increase. According to decades of NHTSA research, about 94 percent of traffic crashes are the result of human errors.

Currently, the NHTSA is kicking off a safety summit in Sacramento, Calif., that will feature new approaches to prevent traffic crashes and save lives. This conference is the first in a series of cross-cutting regional summits, which hopes to engage new partners and gather new ideas in the fight against roadway deaths.

New initiatives to further protect cyclists and pedestrians from roadway crashes and deaths will also be on the agenda.

If you or a loved one have been seriously injured in an automobile accident due to the negligence of another driver, the car accident lawyers at The Edwards Law Firm can fight for the justice you deserve.