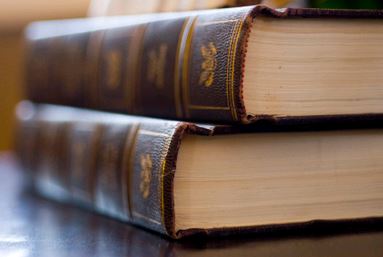 For the past several years, uninsured Oklahoma drivers who were injured in an auto accident could not recover damages for pain and suffering. Known as the No Pay, No Play law, Oklahoma statutes punished uninsured drivers by only allowing them to recover compensation for their actual medical expenses and property damage coststhey could not receive any money for pain and suffering regardless of whether or not the uninsured driver caused the accident.

Last month, the Oklahoma Supreme Court struck down the No Pay, No Play law, and held that uninsured drivers could not be prohibited from fully recovering in an auto accident case.

Rachael Montgomery and her three-year-old son were rear-ended by Morgan Potter. Potter claimed that she hit Montgomery because her brakes failed, and the car would not stop.

Montgomery sustained a severe back injury, and required surgery. She filed a lawsuit against Potter for her medical damages, as well as her pain and suffering.

Potter argued that Montgomery was not allowed to collect damages for her pain and suffering, because Montgomerys auto insurance had lapsed at the time of the accident. Montgomery argued that the No Pay, No Play law was unconstitutional, and unfairly singled her out because she was uninsured.

The case made it all the way to the Oklahoma Supreme Court, where the justices agreed with Montgomery and struck down the statute.

The Oklahoma Constitution says in Article 5, Section 46, that the court system must treat all people in a given class equally, meaning, that all people in the same set of circumstances must have the same types of rules or requirements.

In this case, the class of people was auto accident victims. The Supreme Court said that the No Pay, No Play law unfairly singled out part of that groupthe uninsured accident victimsand forced them to use a more difficult set of standards and limited the amount of money the group could receive.

By prohibiting uninsured accident victims from receiving pain and suffering damages, the law did not treat all accident victims equally, and was thus considered a special law, which is unconstitutional in Oklahoma.

Driving without insurance is never a good idea. Without insurance, injured people may not be able to afford the medical care or other compensation that they need to recover.

However, there are ways to punish uninsured drivers without limiting their access to justice in the court system. Fines, tickets, license revocations, and criminal penalties are all available to law enforcement to stem the problem of uninsured driving.

By striking down this law, the Oklahoma Supreme Court ensured that injured people get the help and compensation they deserve after being injured by a negligent driver.

If you or your loved one was injured in an auto accident, you too may be able to recover compensation for your injuries. At The Edwards Law Firm, our experienced personal injury attorneys in Tulsa understand the intricate details of the civil court system, and will fight to get you all of the types of damages you deserve.