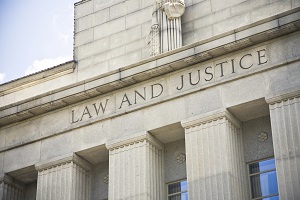 Oklahoma law requires all drivers to have liability insurance with minimum coverage for injury or death. Despite this, there are thousands of drivers on the road who are uninsured. In fact, at a whopping 25.9 percent, Oklahoma has the highest rate of uninsured drivers in the entire United States. A 2013 law intended to reduce this number has not proven effective thus far.

In most cases, if you’ve been in a car accident and were not at fault, you would file a claim with the at-fault motorist’s car insurance company. If everything works out, you would have your auto repairs, medical expenses, lost wages and other damages compensated by the insurance company.

But what happens when the at-fault driver doesn’t have insurance? This does not release them from liability, but they may not be able to pay for all your damages. Many drivers in Oklahoma opt to get uninsured motorist(http://www.edwardslawok.com/uninsured-motorists.html) and underinsured motorist coverage added to their auto insurance plan. Although you still pay the monthly premiums, this can act as a safety net if you are facing high costs after an accident and the at-fault driver is unable to compensate you.

In an attempt to reduce Oklahoma’s high rate of uninsured drivers, the state government passed the Temporary Motorist Liability Program in 2013.

The law allows police to seize license plates from cars driven by people without proof of insurance. The drivers must also pay a fine and pay for temporary liability coverage. They are given 90 days to bring in proof of insurance and retrieve their tag, but they must pay an additional $125 fine.

Unfortunately, the law has failed to have any impact on the number of uninsured in the state, according to Oklahoma State Insurance Commissioner John Doak. A recent report interviewing various government officials found that a lack of enforcement and unintended effects of the law hinders its usefulness.

One of the issues with the law is that most drivers cited for it actually do have insurance, they just forgot to carry it on them. Prior to the law, they would have the ticket dismissed if they brought their proof to court, but now they still have to pay the $125 fine. This has made many police officers reluctant to issue citations. Another issue is a loophole where people can claim their license plate was stolen after having it seized.

If you have been injured in a car crash with an uninsured motorist, the at-fault driver is still liable for any damages you may have incurred. To ensure you get the MAXIMUM compensation you are entitled to, speak with an experienced Oklahoma car accident attorney. Contact the Edwards Law Firm today for a free consultation. We will fight to get you justice.