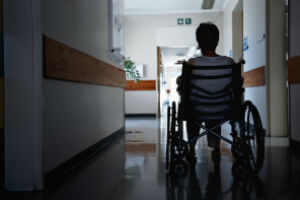 A recent investigation by CNN discovered that instances of sexual nursing home abuse committed against residents of nursing homes are much higher than most realize.

About The Nursing Home Abuse Study

According to the Administration for Community Living, more than 16,000 sexual abuse allegations involving U.S. nursing home and assisted living residents have been made since 2000.

These nursing home abuse claims are only those that involved long-term care ombudsmen in the complaint resolution process. The total number of sexual assault claims could be far higher, as no extensive data exists concerning all reported claims across the country.

State regulators charged with monitoring nursing homes funded by Medicare and Medicaid also failed to mark caregivers who had multiple sexual abuse allegations on their record.

From 2010 to 2015, citations were issued against 226 nursing homes that failed to protect their residents from confirmed sexual abuse.

Approximately 60 percent of these cases resulted in more than $9 million in fines. However, only 16 nursing homes and assisted living facilities were permanently removed from Medicaid and Medicare funding.

The CNN investigation found that:

In approximately 25 percent of sexual abuse claims, a nurse, aide or other staff member was implicated as the abuser.

However, those that involved a caretaker or nursing home staff member tended to be more serious and involved sexual assault by forced intercourse, digital penetration and oral sex.

From the investigation, CNN concluded sexual abuse in U.S. nursing homes is widespread and must be better recognized and investigated to protect the country’s increasing elderly population.

We are strong defenders of the rights of nursing home residents and will vigorously pursue and investigate any claim of elderly abuse or neglect. If you suspect that your loved one has been abused by those charged with his or her care, our Tulsa nursing home abuse attorneys will not hesitate to help you take action. Call us today for a free case assessment.