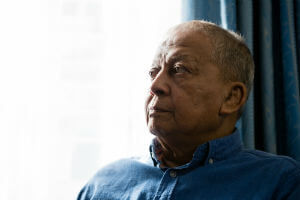 More than one out of four cases of serious nursing home abuse is not reported to police, despite federal and state laws that mandate law enforcement be immediately contacted about these cases.

The alarming revelation was reported in a preliminary alert on Aug. 24 by the Office of Inspector General (OIG) in the Department of Health and Human Services.

During the course of its investigation, the OIG reviewed nursing home and assisted living facilities throughout 33 states.

The OIG examined records between 2015 and 2016 and discovered 134 cases of nursing home abuse serious enough for the resident to require emergency medical treatment. The majority of these cases involved sexual assault against a resident.

According to the OIG’s investigation, 96 of these cases were reported to the police within two hours. However, investigators discovered that 38 cases had no evidence to show the incident was ever reported to law enforcement.

Of the states involved in the investigation, Illinois had the most cases of serious nursing home abuse at 17, followed by Michigan with 13.

The OIG’s investigators noted that the 134 cases of abuse examined in the report are a small portion of the 1.4 million nursing home residents in the U.S. However, investigators were only able to identify victims of abuse who were taken to the emergency room. They believe many cases of abuse go unreported.

Nursing Homes Have A Duty To Report Abuse

The OIG’s investigators stated in the alert that the CMS’s current procedure does not adequately identify victims of nursing home abuse or enforce the rules put in place to report cases of abuse.

However, the OIG’s investigators found that the CMS does not have official authorization from the Secretary of Human and Health Services to enforce these rules, and it did not request that authority until 2017.

Not sure how to report nursing home abuse cases if you’re suspicious? Check out this blog post for more information.

In one case examined by the OIG, a male resident was caught sexually assaulting a female resident who was verbally impaired and immobile due to a medical condition she suffered from. Records obtained from the victim’s emergency room visit indicate that nursing home staff cleaned the victim and changed her clothing after the incident, removing any evidence police could use to identify the assailant.

To better identify cases of nursing home abuse, the OIG recommends the CMS use the same method its investigators used when compiling data for their report. This includes cross-referencing Medicare claims from nursing home residents who have been administered to the emergency room.

This process allowed OIG investigators to check if a resident on Medicare filed claims for nursing home care and emergency room services. Investigators were then able to identify whether the emergency room diagnosis was a physical or sexual assault or another criminal offense.

Nursing homes are entrusted with the protection of our elderly loved ones who depend on these facilities to provide them with the care they need. This includes creating a safe place for residents that protects them from suffering abuse and neglect.

For this reason, the nursing home abuse attorneys at The Edwards Law Firm are ready to hold nursing homes accountable for systematically failing to protect their residents or mishandling cases of abuse or neglect.

If your loved one has suffered from abuse in a nursing home, do not hesitate to contact us for a free, no obligation consultation. We will review the circumstances surrounding your claim to find out if you are able to take legal action against the nursing home. Our attorneys only work on a contingency fee basis, which means we will only charge you if we recover compensation for your claim. Contact us today to get started.