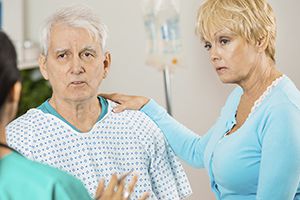 Bio-prosthetic valves made from animal tissue have been used as replacements for patients suffering from heart valve problems for over three decades. However, a recent study published by the New England Journal of Medicine has warned of potential clotting risk in these valves.

St. Jude Medical released a statement last year stating they were discontinuing use of a specific brand of heart valve replacement implanted through a catheter. Reduced leaflet movement in the valves had been reported after examining several patients, which was later hypothesized to be caused by blood clotting. This heart valve problem has been confirmed and is now being seen in other brands, including ones requiring surgical procedure. If you have had issues with blood clots since a heart valve replacement contact one of our reputable personal injury attorneys in Tulsa today for a free legal consultation.

Replacing the valve via catheter is a relatively new procedure requiring a different type of valve construction. The study also found the risk to be higher in valves made of synthetic material, which require lifelong use of blood thinners. The question of whether the surgical procedure is safer than the catheter one still remains.

A possibility exists that this clotting may cause strokes or mini-strokes, however, the relationship is inconclusive. Patients on blood-thinner drugs, such as warfarin, appear to have been protected from stroke.

Medtronic PLC and Edwards Life sciences Corp. are two major corporations that produce such valves. They plan to release additional data in the near future to confirm the efficacy of the devices.

The findings came as a surprise to the doctors involved, since these tissue replacement valves have been in use for so long with few complications. The Food & Drug Administration backs up claims that these devices remain safe and effective, but will be conducting further research. As a reminder, the risk for stroke remains very low. For now, the benefits appear to outweigh the costs.

The Edwards Law Firm is experienced in medical malpractice cases. If you or a loved one have suffered from negligent medicine, contact our office to speak with a Tulsa product liability lawyer today.