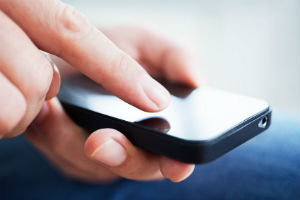 The researchers at the National Institute of Environmental Health Sciences exposed rats to doses of radiation every day for two years and compared the results to a control group of rats that were not exposed to radiation.

The rats were exposed to 1.5 watts per kilogram of radiation across their entire bodies, which is close to the maximum amount of radiation allowed by the Federal Communications Commission. The study wanted to account for the continued increase in cell phone use and the fact that people will keep their phone near different areas on the body.

Think you need a personal injury lawyer in Tulsa to help you with your case? Contact our team at The Edwards Law Firm today.

Although a number of previous studies have been conducted on the same subject, this is the first to determine even a small link between cell phone radiation and cancer.

Determining a link has been challenging because studying humans is not a controlled environment. Previous studies have asked individuals with brain tumors to recall their cell phone use and compared that data to healthy individuals’ use. It is, however, very difficult for people to accurately remember their cell phone use over several years.

Other studies have followed people for several years to see if those who used their phones developed more cancers. The results were not conclusive.

One solution to that problem has been to study rodents, as this study did. Many people, however, questioned if the rats were exposed to too much radiation and questioned why the male rats developed more cancers than females when that has not been the case in other studies.

Although this study does not conclusively identify a link between cell phone radiation and cancer, it does prove that this could be a very real risk and that more research needs to be conducted on the subject.