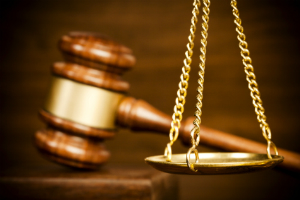 A federal judge in Philadelphia is currently reviewing several lawsuits against Bayer, the manufacturer of Essure, a permanent birth control device.

The lawsuit was brought forward after a group of women suffering from health problems caused by Essure formed a support group on Facebook. The group quickly grew to thousands of members as women shared stories of extreme pain, organ damage, skin rashes, hair loss and other severe health problems after being implanted with the device.

The court will be deciding whether the lawsuits will be dismissed or be allowed to move forward. The suits charge Bayer with negligence, fraud and violating the rules set by the Food and Drug Administration.

Essure is sold as a permanent birth control device that does not require invasive surgery. It is marketed as a safer alternative to tubal litigation (commonly referred to as “getting your tubes tied”), and involves a procedure that only takes about ten minutes.

The device itself is a small metal coil inserted into the fallopian tubes, where it binds with the tissue forming a seal. The seal prevents sperm cells from fertilizing eggs.

However, thousands of women have reported problems with the device that required follow up surgery and caused severe illness and injury. At least four deaths have been linked to the device, along with an additional five fetal deaths.

The health problems reported include:

The FDA has received at least 5,093 medical device adverse reports from women across the country. Over 750,000 women have had the device implanted since it was introduce in 2002.

The charges against Bayer include negligent behavior and intentional fraud in the form of misleading advertising, withholding data from the FDA, and not fully disclosing the severity of risks associated with the device.

Because the device received pre-market approval from the FDA, Bayer is shielded from product liability litigation due to a U.S. Supreme Court decision in Riegel v. Medtronic.

If you or a loved one has been injured by a defective medical device, you may be entitled to compensation. Call the experienced personal injury attorneys at The Edwards Law Firm today for a free consultation. We will fight for your justice.