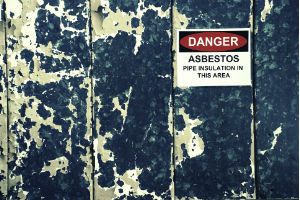 Until the mid-1970s, asbestos was considered a “wonder mineral” that was often used in several major industries because of its flame retardant qualities.

After decades of widespread exposure to asbestos, its long-term negative effects became clear when workers started to develop mesothelioma, a malignant form of cancer that forms in the lungs.

Mesothelioma is an extremely rare and fatal form of cancer that is only formed through asbestos exposure. Those who are diagnosed with mesothelioma are usually only given a few months to live.

Mesothelioma forms when a victim inhales asbestos particles that have been released into the air, which then become trapped inside his or her lungs and cause a malignant tumor to develop.

If you work for any of the industries we list below and believe you could use legal assistance from our personal injury lawyers in Tulsa, contact us today for a free case assessment.

Those who were employed in the following industries were the most susceptible to asbestos exposure:

The 20th century saw a massive increase in the production of ships, all of which had asbestos. It was commonly used in pipe insulation, which was often fitted by trimming the pipe or sanding it down so that it could fit properly. This released the asbestos particles and caused workers to inhale it.

was used by all branches of the military until the mid-1970s when its negative effects were discovered. During this period, asbestos was used in:

Many of the people operating these machines or who were living in a base’s barracks could have been exposed to dangerous levels of asbestos. Due to the number of service men and women who have been diagnosed with mesothelioma, the U.S. Department of Veteran Affairs has created a mesothelioma program specifically for veterans.

Construction workers were most susceptible to dangerous asbestos exposure from 1920 to 1980 because of the extensive use of the material during this period.

Most buildings constructed during this period had asbestos in several sections, including:

The professions within the construction industry that were most susceptible to asbestos exposure were:

Construction sites were especially dangerous for asbestos exposure after the material was cut and sanded, which would have allowed it to easily spread to any employee.

Firefighters may have been exposed to asbestos after entering a burning building that was built before the mineral was largely banned.

Although firefighters wear equipment that protects them from exposure to harmful substances, exposure can still occur after a fire has been put out if asbestos particles continue to linger.

Asbestos was also widely used in the railroad industry as lining insulation for steam trains and boxcars. Employees could have been exposed to asbestos whenever the pipes used to power the train became extremely hot and released the substance.

Employees who were not directly involved with conducting a train could have also been exposed to asbestos after routinely repairing the vehicle for several years.

Workers that were employed at industrial plants were routinely exposed to asbestos located in areas that employees had frequent contact with, such as walls, pipes and blast furnaces. Asbestos was also mixed in with several products that were produced by industrial plants.

Employees who worked in textile mills were also directly exposed to asbestos while using asbestos fibers for the textiles they were making. Textile mill workers directly handled asbestos fibers when creating thousands of commonly used products.

Before its association with mesothelioma was discovered, asbestos was used in 3,000 to 5,000 products that posed an extremely high risk to consumers and the workers that created the products.

The effects of asbestos were widely known by employers, but some still subjected their workers to harmful exposure.

Mesothelioma often takes decades for any symptoms to appear, which makes it difficult to prove where the exposure might have occurred. However, an experienced attorney would be able to identify the origin of exposure and hold the at-fault party liable.

If you or your loved one has been diagnosed with mesothelioma, The Edwards Law Firm’s dedicated personal injury lawyers can help you build a successful claim that may provide compensation. All of our attorneys work on a contingency fee basis, which means we will not charge you any fees unless you receive a fair outcome in your claim. Contact us today for more information.