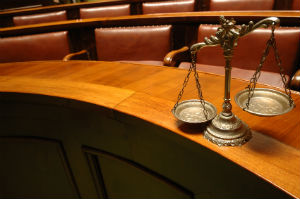 A federal jury issued a $500 million verdict against Johnson & Johnson after concluding that the company’s Pinnacle metal-on-metal hip implants were defective in design.

The plaintiffs in the case are Texas residents who had the device implanted and alleged that design flaws caused it to fail earlier and more often than expected. They reported serious injuries as a result, including decayed bone and tissue and high levels of metal in their blood.

They said they suffered from these injuries despite Johnson & Jonson’s aggressive marketing of the device as safe, durable and long-lasting.

The jury concluded that Johnson & Johnson should have warned consumers about the dangers of its product. The plaintiffs were awarded $140 million in compensation and $360 million in disciplinary damages. Johnson & Johnson has stated it plans to appeal the decision to lower its payout of punitive damages.

The company continues to argue that its product is safe, despite the jury’s decision to hold the company accountable for its negligence.

This is the second trial concerning the Pinnacle hip implant. The company was not found liable for any damages in the first, which concluded in 2014.

More than 8,000 Pinnacle hip implant lawsuits have been consolidated in Texas. Although this verdict will help determine the value of remaining claims, it does not mean upcoming litigation will receive the same amount.

If you believe you have been injured as a result of a bad product, the defective product lawyers at The Edwards Law Firm can help you seek justice.