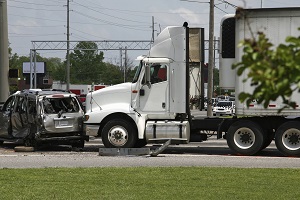 The Federal Motor Carrier Safety Administration is doing away with the three tiered system of Satisfactory, Conditional, and Unsatisfactory safety ratings for trucking companies.

The newly proposed system will include highly detailed metrics on each commercial trucking company based both on available on-road data from inspections and crash report investigations. The new system will create a much more detailed picture of the true safety valuation of a carrier.

Previously, many carriers who fell even slightly into a Conditional rating from the FMCSA were deemed unfit by many shippers and transportation brokers. This could be due simply to a recent accident being reported or a licensing issue with only a single driver.

The new rules would enforce a more accurate, up to date, and detailed set of conditions to report the status of a carrier to prospective customers.

Under the new rules, a carrier would be considered unfit for service if they failed to meet the standards set forth in the Behavior Analysis and Safety Improvement Categories (BASIC). Carriers can also be deemed unfit if the results of a crash investigation or on-road safety inspection showed them as being negligent.

Despite the five-fold increase in carriers reviewed each year, only 300 companies are expected to receive the unfit safety rating. Those that receive the label will have to shut down until mandatory changes are put in place before doing any further business.

This will be good news for many carriers across the country who, since 1982, have found the vague, arcane, and oversimplified three-tier system causing undue disruption of their business.

This is also good news for other truck drivers who have been injured in the past as the result of an unfit carrier on the road.

If you feel that you or someone you love has been injured in a truck accident, the experienced attorneys at the Edwards Law Firm can help you get justice. Contact us today for a free consultation.