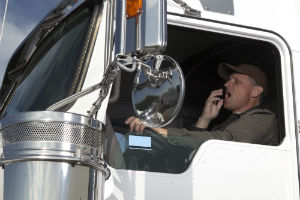 In a recent study by Virginia Tech researchers, truck drivers who are diagnosed with obstructive sleep apnea but do not follow required treatment protocols are five times more likely to be involved in a severe collision.

Previous research shows that obstructive sleep apnea is one of the most common causes of daytime fatigue and drowsiness, which is also a common cause of truck accidents.

The data from this study highlights the disturbing reality of crash risks associated with truck drivers who refuse to participate in sleep apnea programs.

Published in the journal Sleep, the study compared 1,600 truck drivers with sleep apnea and an equal amount of drivers who did not have the medical condition. Schneider National, a trucking company, provided a treatment program for those with sleep apnea that included auto-adjusting positive airway pressure treatment. The study then compared the number of preventable and reportable accidents per 100,000 miles across the groups.

The researchers found that for every 1,000 truck drivers working for a year, 70 preventable severe collisions were likely to occur if drivers with sleep apnea refused treatment. That is in comparison to 14 likely crashes for drivers without sleep apnea and those who adhered to treatment.

Although drivers who failed to comply with Schneider’s sleep apnea program were let go from the company, federal regulations let the drivers keep their medical information private, allowing them to work for another trucking company without telling them about a sleep apnea diagnosis.

As long as there are no strict regulations or screening standards for obstructive sleep apnea, drivers with the condition will continue to drive untreated, placing others on the roads in grave danger.

If you have been in an accident caused by a drowsy driver, contact the truck accident lawyers at The Edwards Law Firm for a free legal consultation to review your claim.