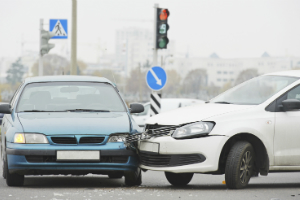 Unfortunately, Tulsa has a reputation for dangerous intersections that have resulted in thousands of collisions. In fact, from January to October 2015, nearly 11,000 car accidents occurred in Tulsa. Tragically, twenty-eight deaths have occurred due to these accidents.

Among the most dangerous intersections in Tulsa is Memorial at the Broken Arrow Expressway. The intersection resulted in the most car crashes in the area in 2015, with over 50 occurring by mid-October.

The second most dangerous intersection was 51st Street South and Highway 169 with 46 accidents occurring.

Finally, 41st Street and Highway 169 rounds out the fifth most dangerous intersection in Tulsa, accounting for 40 accidents in 2015.

Some serious roadway dangers that Tulsa drivers and passengers should be aware of include:

The majority of accidents, around 60 percent, happen on Friday, Saturday and Sunday, so roadway users should use extra caution on the weekends.

The experienced auto accident lawyers at The Edwards Law Firm can help Tulsa crash victims obtain the financial compensation that they deserve. Contact us today for a free consultation. We will work to get you justice.