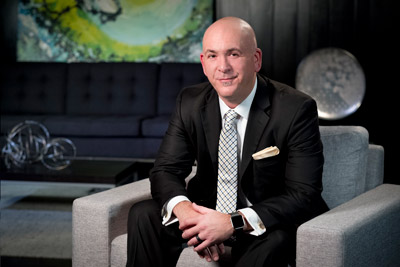 Trevor J. Furlong represents Oklahoman’s who have been hurt in car wrecks, hit by 18 wheelers, or harmed by other motorized vehicles. If you are injured by the negligence of another person, then Trevor has represented someone just like you. Trevor also represents Oklahoman’s who have been injured or killed due to the negligence of doctors, nurses, hospitals, and nursing homes. Finally, Trevor represents those accused of crimes and is undefeated at trial in his criminal defense practice.

Trevor has an impressive trial record and goes the extra mile for all of his clients.

Born in Vicksburg, Michigan, in 1973, Trevor grew up in Southwestern Michigan. In 1992, he graduated from Three Rivers High School. After graduation he joined the United States Navy where he served honorably for seven years. During his tour in the military he was deployed to the Persian Gulf region, and to the Mediterranean Sea where he provided support during the Bosnian crisis. Trevor received numerous achievement medals, letters of commendation, and other accolades during his military career. After completing his service in the military he returned to Michigan where he finished his undergraduate education at Davenport University. From there he went to the University of Oklahoma College of Law. He graduated from OU Law School in 2004, and began working with Mark Edwards. In 2014, Trevor became a Partner at the Edwards Law Firm.

Trevor is married to Megan Furlong. Trevor and Megan have four children Allison, Carter, Caylie, and Gavin.  Trevor is an avid deer hunter. He also enjoys traveling, attending and watching college football as well as nearly every other sporting event.