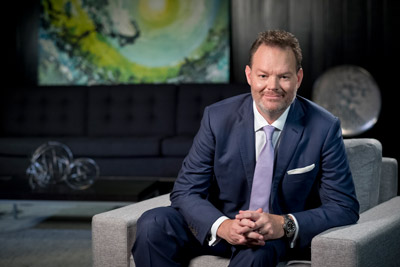 Mark’s practice concentrates on medical malpractice and nursing home negligence in Oklahoma. He has also handled automobile and trucking wrecks as well as personal injury and wrongful death cases. He has always represented the hurt individual and has successfully defeated some of the largest corporations in the world including Wal-Mart, General Motors, UPS, Pfizer, State Farm and the U.S. Government, to name a few.

Not one to settle easily, Mark has tried numerous jury trials in both state and federal courts. He has achieved several multiple million dollar verdicts and has one of the largest personal injury settlements in the state of Oklahoma. He has represented clients all across the United States (from New York to Los Angeles and everywhere in between).

At the young age of 29, Mark handled a capital punishment case by representing an individual charged with two counts of murder. At trial, Mark was able to defeat one of the charges of murder and save the life of his client by compelling the jury to not give the death penalty.

In May of 2006, The Edwards Law Firm was formed with one simple mission: To provide better, more personal service to clients.

Mark attended the University of Oklahoma College of Law and focused on trial work. He received the AMJUR Award for Trial Techniques and Top Law Firm honors. Subsequently Mark attended Oxford University (Oxford, England) and focused in the area of Philosophy.

Mark lives in Tulsa, OK, is married to Danielle, and has three children: Chase 25, Ashlynn 17, and Jaxon 4.

Mark is recognized as one of the toughest and most successful trial lawyers in Oklahoma. He has been featured in several magazines including Forbes, Oklahoma Magazine, Tulsa People and Super Lawyers.

Mark is Board Certified which means he has the highest standards of professional achievements and conduct. He is Board Certified in both Civil Trial Advocacy and Civil Pretrial Practice. He is the only lawyer in the Tulsa region to have both certifications. Board certified lawyers must maintain active trial practices and undergo a thorough screening of their credentials including: documentation for their experiences, judicial and peer reviews, an exam, and ethical scrutiny by the NBLSC Standards Committee.

In 2013, Mark was made a charter member of the American College of Board Certified Attorneys. He is the only attorney in Tulsa, OK to hold this honor.