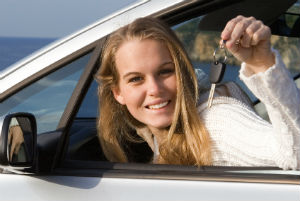 After releasing a new report on fatal car crashes involving teenagers, researchers from the U.S. Centers for Disease Control and Prevention (CDC) are advising states to increase nighttime driving restrictions for teenagers.

The data suggest that restricting teenage driving at 10 p.m. or earlier would save lives, according to Ruth Shults, lead author of the study.

Most teenagers who are driving at night are on the road before 12 a.m., so these restrictions are not offering much protection, says Shults. For more information about what our auto accident attorneys can do for you, contact us today.

Nighttime driving is particularly dangerous for teenagers because they often do not wear their seatbelts and they do not have much driving experience. That is why parents should spend many hours as possible in the car with their teenagers as they improve their nighttime driving skills.

Parents should also remind their teenagers to avoid impaired or distracted driving because it increases the odds of getting into a serious accident. Plus, if their state does not restrict teenage driving before 9 p.m., parents should feel free to set their own restrictions, says Shults.

If you were injured in a car crash because of a negligent teenage driver, you may be entitled to compensation. Contact the auto accident attorneys in Tulsa at The Edwards Law Firm for a free consultation to review your claim.