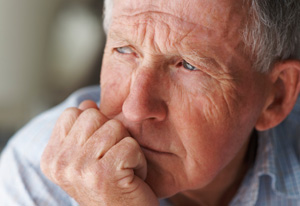 According to a recent study, nursing home resident-on-resident abuse occurs at a much higher rate than anticipated, with approximately one in five residents experiencing some form of abuse from another resident.

If you believe you or a loved one is in need of a nursing home abuse attorney in Tulsa, choose our team at The Edwards Law Firm. Contact us today to get started.

For one month, researchers tracked mistreatment in a total of 10 urban and suburban nursing home facilities in New York. They conducted interviews with staff, residents and family members; reviewed charts and incident reports; and observed residents throughout the homes.

Of the 2,011 residents who were included in the study, 407 experienced a minimum of one abusive event during the one-month time frame. This figure equates to more than 20 percent of residents.

Approximately 45 percent of reported cases of resident-on-resident abuse involved verbal taunts, followed by physical abuse at 26 percent. Other types of abuse that were most reported involved sexual abuse, invasions of privacy, and menacing gestures or facial expressions.

Factors like the severity of residents’ cognitive impairment from conditions such as dementia and other neurodegenerative illnesses, along with the level of care they received from staff, and if they lived in a dementia unit were indicative of higher instances of resident-on-resident abuse.

Results indicate that efforts to prevent nursing home abuse may be disproportionately aimed at staff mistreatment rather than resident-on-resident abuse. Because the study relied heavily on reports from staff and residents, it is likely that this type of abuse is underreported and occurs at a much higher rate.

If your loved one has suffered from resident-on-resident abuse, our nursing home abuse lawyers can help you seek the maximum amount of compensation your loved one deserves for their suffering. Contact us today to schedule a free, no obligation consultation to discuss your legal options.