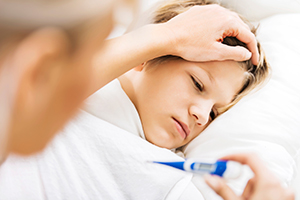 McNeil Consumer Healthcare, a subsidiary of Johnson & Johnson (J&J), pleaded guilty to selling medication for babies and infants that contained metal particles, and failing to take corrective action after it was aware the drugs had been tampered with.

The case, which centered on Infants’ and Children’s Tylenol and Children’s Motrin, was settled for $25 million.The skilled Tulsa personal attorney at Greg Coleman Law are now investigating claims of injury associated with this dangerous medication. Contact our firm to discuss your legal options today.

According to court documents, McNeil pleaded guilty to one misdemeanor count of delivering into interstate commerce adulterated infants’ and children’s over-the-counter liquid medicines.

Investigators discovered, metal particles, including nickel, iron and chromium, were introduced during the manufacturing process at McNeil’s plant in Fort Washington, Penn.

Prosecutors and McNeil representatives said there have been no reports of injury or death because of the tainted medicines.

In a US News story published the same day as the settlement, Acting Assistant Attorney General Benjamin Mizer said the Department of Justice will continue to prod and expose activity like what occurred at the McNeil plant in order to assure quality medicines. These measures will be taken with extra attention paid to over-the-counter medications for children and infants.

McNeil is no stranger to problems with its products. Since 2009, the New Brunswick, NJ-based manufacturer has struggled with recalls of its liquid medications for failure to meet internal testing requirements. The same medications at the core of last weeks settlement were part of the 2009 recall.

After the recall, the U.S. Food and Drug Administration examined McNeils facility and determined the product was not manufactured in accordance with industry best practices. Six years later, the agency is still finding issues with McNeils products.

Did you purchase Infants and Childrens Tylenol or Childrens Motrin for your child? If so, you could be entitled to compensation because of the potential health risks McNeils negligence posed for your family. Do not hesitate to contact our accomplished dangerous drug attorneys in Tulsa to schedule a free, no obligation consultation.